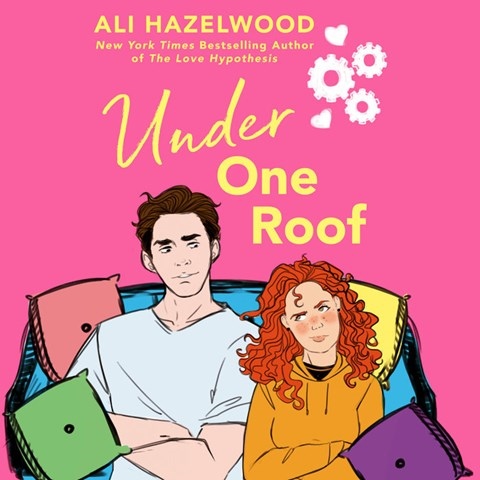 UNDER ONE ROOF The STEMinist, Book 1

The first in an enemies-to-lovers romance audiobook series is expertly narrated by Emma Wilder. It features Mara, an environmental engineer, and Liam, a lawyer for a big anti-environmental corporation. When the two become reluctant roommates, they grapple with their physical attraction as they fight over personal space. As the months pass, a hesitant friendship begins to blossom, leading to something more. Wilder provides a realistic portrayal of the couple, most notably Liam, who has a smooth, husky voice. Wilder also captures the duo's personalities and emotions as seen through Mara's eyes. A fast-paced presentation deftly recounts the first six months of their relationship. This is a production sure to entice the listener into continuing the series. A.L.S.M. © AudioFile 2022, Portland, Maine [Published: APRIL 2022]