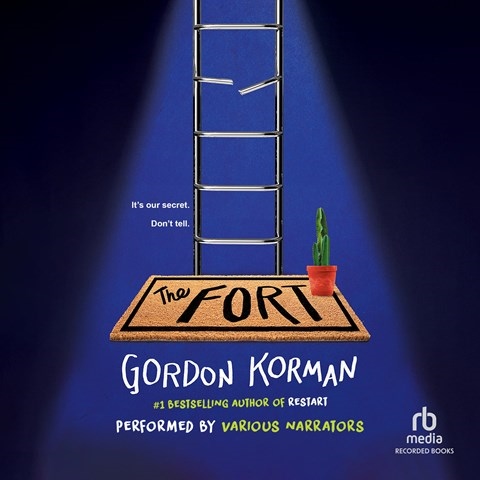 A top-notch pack of narrators voices a group of middle school boys who find strength in their friendship. Ramon de Ocampo portrays logical Ricky, a smart new kid tagging along with friends who discover a bomb shelter hidden in the woods. Mark Sanderlin voices Evan with a blend of surliness and insecurity; he's been stung by his addicted parents having left him in the care of his grandparents. Tom Picasso's tone is strident and earnest as Jason, a pawn in his parents' vicious divorce. Mitchell is spiraling downward with OCD left untreated after his mother loses her job; he's portrayed with an angsty edge by Christopher Carley. Michael Crouch icily voices CJ, a daredevil whose tricks hide a dangerous secret. High jinks in the boys' hideout quickly become overshadowed by their tumultuous lives. S.T.C. © AudioFile 2023, Portland, Maine [Published: JANUARY 2023]