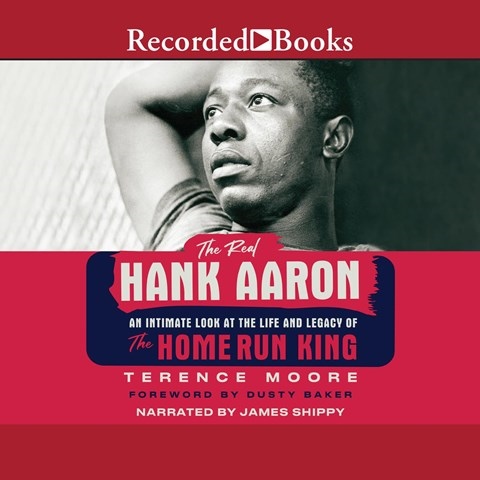 This engaging audiobook is not a biography of baseball's home run king. Rather, it's a portrait of Hank Aaron as seen through the eyes of a journalist who has experienced many of the same racial issues during his own career. Terrence Moore calls himself "the Hank Aaron whisperer" because he was one of the slugger's few confidants. Narrator James Shippy is equally comfortable with the voices of Moore and Aaron, and in the passages drawn from old recorded interviews, he adopts a convincingly natural tone. There are notes of frustration and even anger in some passages, all of which are appropriate. But mostly Shippy captures the warmth that was shared between two strong and thoughtful men who clearly understood each other. D.B. © AudioFile 2022, Portland, Maine [Published: JULY 2022]