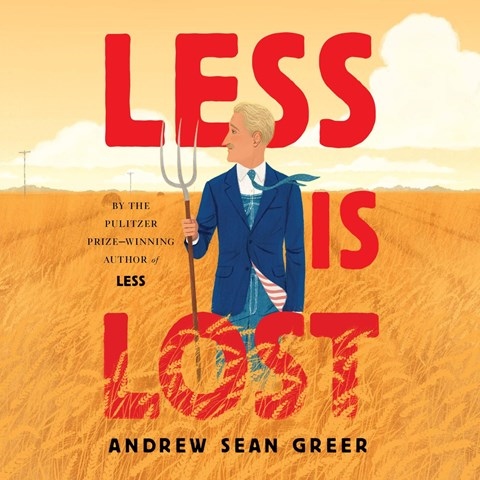 Narrator Robert Petkoff clearly enjoys himself in recounting the insightful and humorous misadventures of the hapless gay minor novelist Arthur Less. The novel's narrator is Arthur's partner, Freddy, who has been left behind. Petkoff imbues him with a tone of wry amusement. Arthur's story unfolds through encounters, often accidental, with people he meets as he travels across America in a camper van named "Rosina" on a literary tour to earn desperately needed cash. Petkoff creates a host of vocally distinct characters with accents and personalities as broad as the country. Through his adventures, the listener begins to understand the kindhearted Arthur and his quest for certainty. Especially humorous are passages in German (with translations), a language that Arthur THINKS he speaks very well. L.T. Winner of AudioFile Earphones Award © AudioFile 2022, Portland, Maine [Published: JULY 2022]