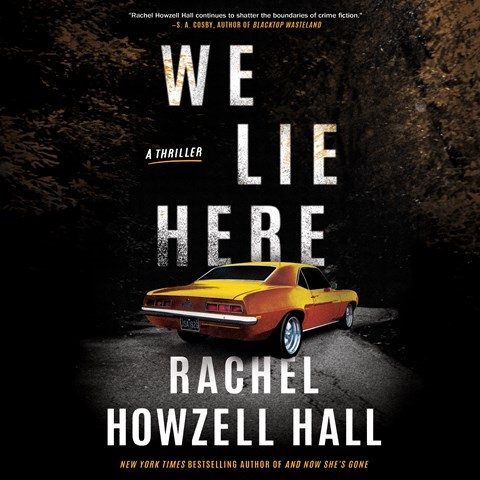 Narrator Alaska Jackson takes listeners through this twisted thriller involving a TV writer who finds herself in the middle of a horrifying mystery. Yara Gibson is not thrilled to return to her hometown of Palmdale for her parents' anniversary party, but as a dutiful daughter, she feels she has to. When an estranged family friend tells Yara that she needs to tell her a shocking secret before it's too late, Yara soon finds herself running from a murderer. Jackson's inflections perfectly capture the story and make the way the individual characters communicate with one another seem real. With a compelling story and a strong performance, listeners get a thrilling experience from this well-performed audiobook. V.B. © AudioFile 2022, Portland, Maine [Published: SEPTEMBER 2022]