Home»Reviews»HIGH TIMES IN THE LOW PARLIAMENT 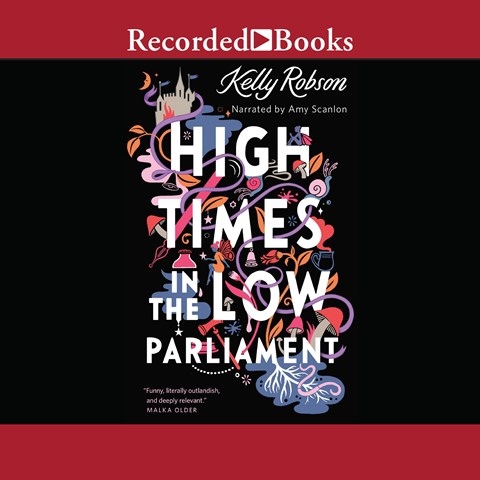 HIGH TIMES IN THE LOW PARLIAMENT

Narrator Amy Scanlon's British intonation and wry tone suit the delightfully charming, lazy, and witty scribe Lana Baker, who finds herself stuck in the Low Parliament. There she's made to transcribe endless angry debates that inevitably end in hung votes--despite the threat of death by flood if members can't come to an agreement, as decreed by the shrillvoiced fairies who watch over them. Scanlon's breathy delivery adds to Robson's wonderful world-building in this utterly fun political satire. Lana is endlessly flirtatious with every beautiful woman she encounters, but she's especially taken with Deputy Eloquentia, whom she first spies while tripping on mushrooms with the cantankerous fairy Bugbite. Scanlon delights listeners as Lana works to save the humans--while also wooing Eloquentia, getting high, and endlessly teasing Bugbite. E.E.C. © AudioFile 2022, Portland, Maine [Published: SEPTEMBER 2022]