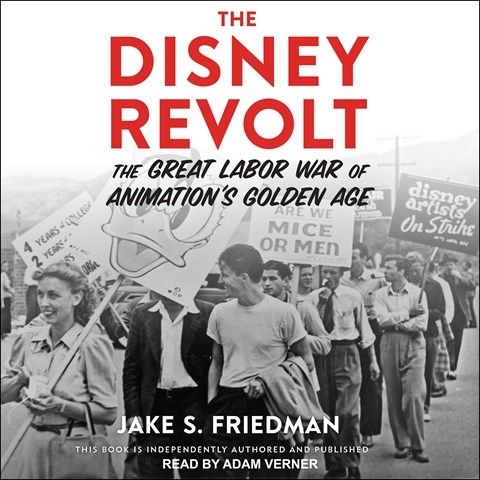 Narrating this history of a 1941 battle between labor and management, Adam Verner carefully balances the positions of the two men leading the charge. On the management side is Walt Disney, a genius producer of animated entertainment and the son of a socialist. On the labor side is Arthur Babbitsky (aka Art Babbitt), a brilliant animator who elevated the quality of films such as SNOW WHITE, PINOCCHIO, and FANTASIA and created the character of Goofy. Verner's poised narration sympathizes with both men as they spiral towards the Pyrrhic victory of a close shop. He maintains the momentum as Babbitt leaves Disney and goes on to create Mr. Magoo, supposedly based on himself. This engrossing audiobook demonstrates how sticking by your principles can terminate a creative friendship. R.W.S. © AudioFile 2022, Portland, Maine [Published: OCTOBER 2022]