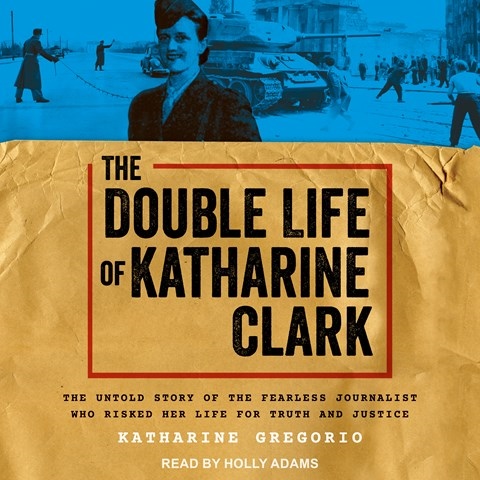 Holly Adams narrates this chilling biography of Katharine Clark, the first female American journalist to report from behind the Iron Curtain during the Cold War. Clark's story is subtitled "The Untold Story of the Fearless Journalist Who Risked Her Life for Truth and Justice." Adams portrays the strong-willed Clark with a minimum of emotion as she and her husband, Ed, worked tirelessly to help Milovan Djilas, Tito's former second-in-command, publish his controversial political writings in the West. Adams's performance grows more intense as events progress, especially the scenes in which Clark smuggles out Djilas's eye-opening anti-Communism manifesto titled "The New Class." Adams deftly downplays the intensity of her stately pacing when reading aloud the many letters and reports. M.B.K. © AudioFile 2022, Portland, Maine [Published: DECEMBER 2022]