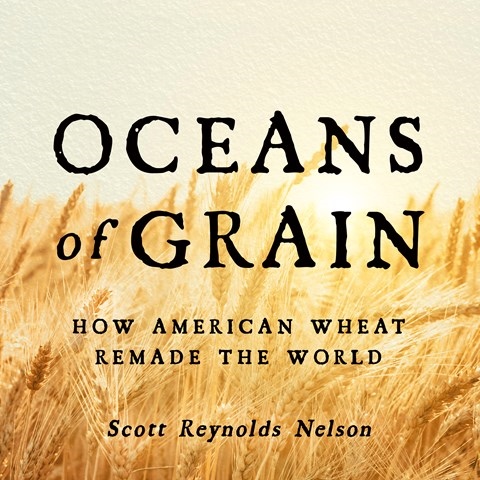 OCEANS OF GRAIN How American Wheat Remade the World

With an announcer's clarity, Jason Arnold narrates a history that reminds us that bread is older than writing. He conveys a lot of information as he traces ancient bread routes and the trade that grew along them. Arnold's tone shows hints of fascination with the ways European powers were built on grain. Scott Reynolds Nelson reveals the connection between grain and historic events such as plagues, the U.S. Civil War, WWI, and the creation of the Soviet Union. Ukraine's fertile soil and Russia's desire to control it come up, showing that the history of grain is also a timely topic. Anecdotes of attempts to control news in Russia during a famine have relevance in a world in which information spreads instantly through social media. J.A.S. © AudioFile 2022, Portland, Maine [Published: OCTOBER 2022]