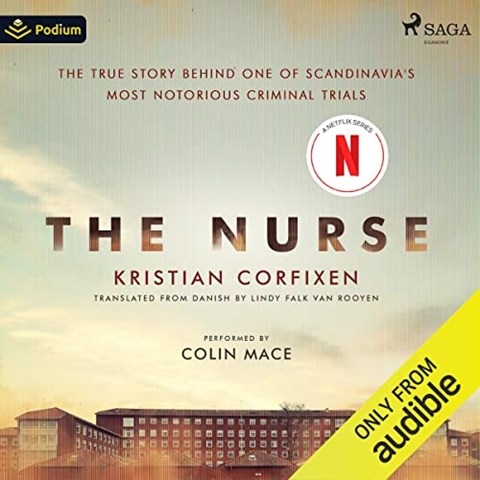 A series of sensational crimes surrounding an unhinged Danish nurse is captured in this informative audiobook. In 2016, Christina Aistrup Hansen was convicted of multiple murders during her service as a lead nurse at the Nykøbing Falster Hospital in Denmark. Later she was retried and her sentence reduced. Narrator Colin Mace recounts a complete narrative of Christina's tenure, including the relationships she built with the patients who became her victims, along with detailed perspectives on her trial. Mace provides the appropriate tone for a scandalous story. His performance is well paced, clear, and delivered matter-of-factly. The anecdotes will leave listeners satisfied with logical explanations that don't skimp on the horrifying details. This performance can be enjoyed as a suspenseful or illuminating account of true crime. G.M. © AudioFile 2023, Portland, Maine [Published: JANUARY 2023]