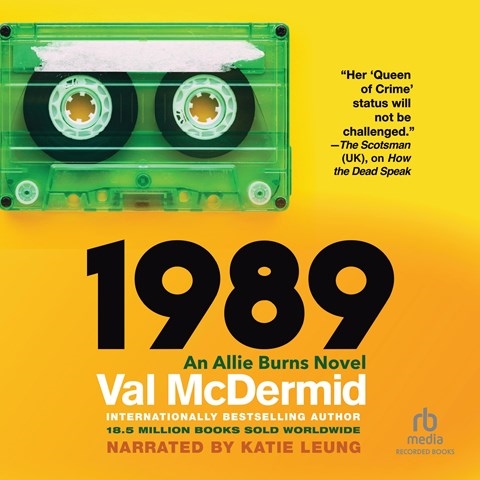 Katie Leung takes us back in time with her passionate narration of this sequel and second Allie Burns mystery, which also works beautifully as a stand-alone listen. Leung breathes new life into the year 1989, when events in Scotland and Germany included the Lockerbie Memorial, the AIDS epidemic, and the continued existence of the Berlin Wall. The story centers around Burns, a Scottish reporter who is trying to learn the truth behind a compromised hospital study while solving a kidnapping and a murder. Leung flawlessly performs a Scottish brogue, a clipped German accent, and a melodious British accent without skipping a beat. Listeners will relive the close of the 1980s--or feel like they've experienced the period for the first time. L.M.G. © AudioFile 2023, Portland, Maine [Published: JANUARY 2023]