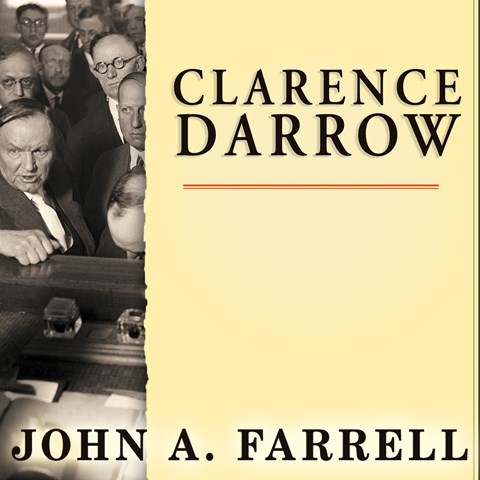 CLARENCE DARROW Attorney for the Damned

by John A. Farrell | Read by Danny Campbell

Attorney Clarence Darrow is best known for defending a high school teacher in the “Scopes Monkey Trial” on the teaching of evolution in public schools. But he accomplished far more than that. He spent many years defending publicly despised defendants against a vengeful justice system. In fact, his life is so interesting that it would make for engaging listening under most circumstances. But when you add an adept reader, you have a production that will keep commuters listening in the driveway after returning home from work. Danny Campbell doesn’t read the story so much as tell it—much in the way Darrow might have spoken to a jury: with a studied casualness and familiarity designed to inform while clothed in the air of a polished raconteur. R.C.G. Winner of AudioFile Earphones Award © AudioFile 2012, Portland, Maine [Published: MAY 2012]