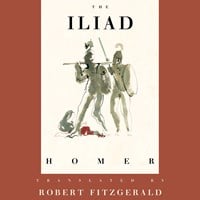 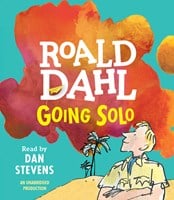 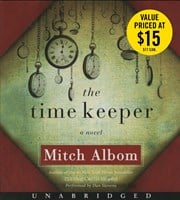 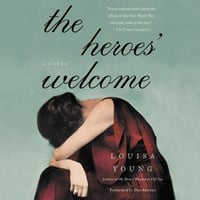 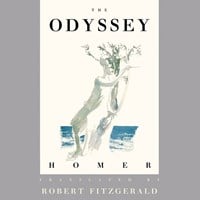 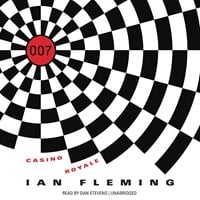 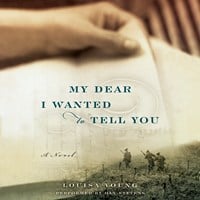 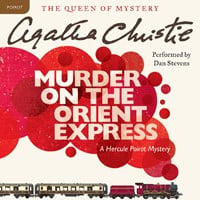 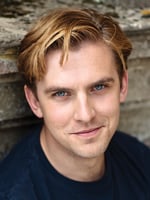 UK-based narrator and director Lorelei King directed Dan Stevens ("Downton Abbey") in his narration of Mitch Albom's latest, THE TIME KEEPER. She talked with him about recording the novel and about the art of narrating audiobooks.

Lorelei: I absolutely loved reading THE TIME KEEPER, and I can't imagine a narration more perfect than yours. The story is a kind of fable in which the inventor of the world's first clock is punished for trying to measure time. It explores some interesting themes. What's your view on the idea that learning how to mark time was a curse for humankind? Do you think our lives are overly-ruled by the clock?

Dan: It's a beautiful allegory--really quite an unusual piece. I was interested by the epic sense of scale in the book. It's an interesting thought-experiment to consider a world without delineated time. We live in a fast-paced world for sure and yet it is still possible to detach yourself from "the grid,' as it were, and take "time out."

Lorelei: You narrate The Time Keeper with an English accent, but some of the main characters are American. How easy is it to switch accents and characters?

Dan: It's something I've always loved to do and I enjoy the challenge of it. Occasionally I can get confused, however, and that's when a great producer comes in!

Lorelei: One of the main characters is an American teenage girl. How do you approach playing a character so different from yourself?

Dan: I never actively try to do a girl's voice. It's more to do with thinking your way into the character and physicality that interests me, and very often the voice comes out of that. I never expect to sound exactly like a teenage girl but I like to try to mark audible distinctions between the characters in a book.

Lorelei: You've done some wonderful theater, and you and I have done radio drama together--but more recently, you're probably best known for your work in TV. How does audiobook narration differ from the other work you do?

Dan: Recording an audiobook feels like casting, directing, and acting all the roles in your own production of something! It can be thrilling. It can also be extremely confusing, especially after seven hours in the booth!

Lorelei: Which medium is your favorite to work in?

Dan: Audiobooks obviously! It is a wonderful way of combining a number of things that I love; reading, storytelling, and doing silly voices.

Lorelei: And what are you working on now, Dan?

Dan: I'm currently in New York rehearsing for a production of "The Heiress" on Broadway with Jessica Chastain, David Strathairn, and Judith Ivey, which starts in October. Very exciting.

Lorelei: You're very much in demand, so I know that time must be particularly precious to you at the moment. Thanks for spending some of it talking to us.