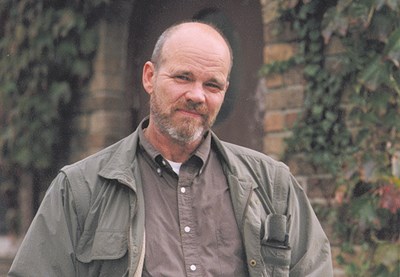 "Dick's voice is really robust, smooth, but with just enough grit to make it interesting." 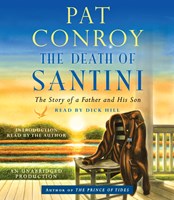 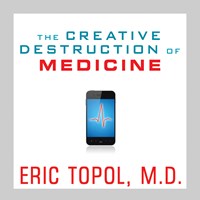 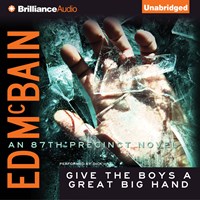 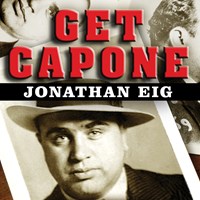 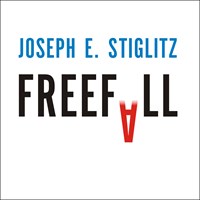 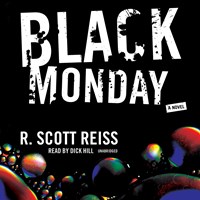 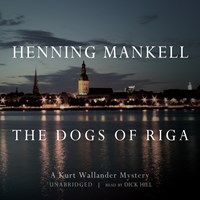 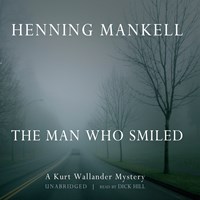 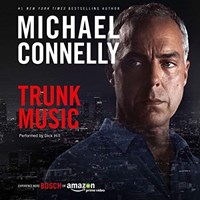 Dick Hill passed away in October 2022.

AudioFile is very sad to say goodbye to our friend, longtime narrator and Golden Voice Dick Hill, who passed away in October.

For audiobook listeners, Hill was best known for gritty suspense, including titles by Michael Connelly, W.E.B Griffin, and Greg Iles, and memorable protagonists: He was the original voice of former military investigator Jack Reacher. Author Lee Child even shared book signings with Hill. “I know for a fact that he has won me thousands of new fans,” says Child. As Child told us in 2005, "I admire all the narrators because they're all good. But—at the risk of upsetting the others—Dick is my undisputed favorite. He inhabits the character so well. This guy is Jack Reacher.” Perhaps that’s due to Hill’s experience as a Marine in Vietnam.

Brilliance Audio producer Laura Grafton began directing Hill in 1997. “He was one of the most creative people I’ve ever met. He had a huge creative force in him.” He was an autodidact who did his homework, Grafton says, and always kept his ears open for interesting voices. “His characters were so vivid you would swear he was not alone in the recording booth. He often would model his characters on real actors—his go-to villains were Jack Nicholson and John Hurt. Sometimes authors he’d never worked with would say, ‘I have to have Dick Hill for my book.’”

Hill was a director’s dream in the studio, Grafton says. “He was uncanny in how long he could go without a mistake. Back then we were recording for 90-minute cassettes, and he could go almost a full 45 minutes without a mistake.” Fellow narrator Michael Page could go the full 45 minutes. “They always had a little competition.” Grafton says Hill was also an inveterate punster and a joker. There’s a now legendary story at the Brilliance studios about a practical joke that ended with Hill narrating by cigarette lighter.

Hill sometimes co-narrated duet performances with his wife, Susie Breck, and when he transitioned to recording in a home studio, she became his full-time director and engineer. “He and Susie were absolutely devoted to each other,” Grafton says.

Hill’s performances garnered him AudioFile Earphones Awards and Audie Awards, and AudioFile inaugurated Hill as a Golden Voice in 2000. Over the years, reviewers have praised his astute delivery of dialogue, his distinctive characterizations, and his believable accents. As Brilliance’s studio manager Max Bloomquist told us, “His narrative voice is really robust and smooth—with just enough grit to make it interesting.”

2010 Best Voice in Mystery & Suspense: 61 HOURS , Dick Hill relishes the variety of his audiobook roles and loves never setting foot on a stage. "It's an opportunity to play all the parts!" When he worked in regional theater, what Dick enjoyed most was the rehearsal process. "The fun is in the discovery." The joy of exploring a role was definitely more appealing than repeating it in each performance. With audiobooks it's all new work--every session. Dick has read audiobooks for Brilliance Audio in Michigan for six years and has logged in nearly 200 audiobooks. Like many other narrators, Dick has enjoyed a dynamic mix of thrillers, fantasy, classics, popular fiction, biography, and other nonfiction. He's acclaimed for Michael Connelly's police series featuring Harry Bosch and other gritty thrillers. But he also gets high marks for his romances. For women's voices, often difficult for male narrators, Dick steps out of his normal "tessitura," or primary range of a voice part, and wills a suspension of disbelief. Occasionally, his wife, Susie Breck, joins him in a two-voice narration, but often lately he and Susie have been a directing/narrating team.

Dick takes a visual approach to narrating books. "I have a visual picture of the scene." Using whatever the author provides, he sees the characters, adding details that help him hold them in his mind's eye. When there's a change from a daytime scene to night, Dick says he makes a subtle shift with his voice to reflect those environmental changes. "It's a clue to listeners, but also just for me." Dick has a keen appreciation of Southern writers, and his skill with them is evident in the success of titles like Billy Letts's THE HONK AND HOLLER OPENING SOON or Terry Kay's THE RUNAWAY . Brilliance's studio manager, Max Bloomquist praises Dick's interpretive skills. "His narrative voice is really robust, smooth, but with just enough grit to make it interesting." Dick also expresses a humanism that colors his vocal portraits, making characters memorable long after their scenes are over.--[December 2000]

December 2007:   Included among a whopping 50 titles recorded this year, listen up for his readings of series from Lee Child ( BAD LUCK AND TROUBLE ) and Henning Mankell (SIDETRACKED). AGAINST THE DAY by Thomas Pynchon nearly set a record for length: 53 hours!

December 2006:   Dick is such a thriller master, and he continues to add to an already impressive list of authors, including W.E.B Griffin, John Case, P.T. Deuterman, Kay Hooper, Lee Child, and Greg Iles. Iles's TURNING ANGEL got a recent Earphones Award. Child's ONE SHOT gave Dick a shot at the 2006 Male Narrator Audie, while the newest Jack Reacher story, THE HARD WAY , is an equally strong performance. He also found time for a memoir, SHOOTER , and fantasies from Terry Brooks (Armageddon's ARMAGEDDON'S CHILDREN) and Anne and Todd McCaffrey ( DRAGON'S FIRE ). All in all, a busy recording year for Dick.

December 2005:   This has been a year filled with awards for Dick. His narration (with Joyce Bean) of KISS ME WHILE I SLEEP won a 2005 Audie Award. A finalist in the Audies Best Male Narrator category, Dick also merited Earphones Awards for his recordings of HUNTING FEAR and the new Jack Reacher adventure, ONE SHOT . Listeners can look forward to Dick's reading of a new mystery series for Blackstone and WEIGHT, one of Brilliance Audio's new retellings of ancient myths.

December 2004:   This year's highlight for Dick was definitely the 2004 Audie Awards. In addition to being a presenter along with his wife, Susie Breck, Dick was nominated in three categories. He and Susie took home the Multi-Voice Award for Sharon McCrumb's GHOST RIDERS . The winning pair enjoyed another audio duet for Brilliance this year, WHISKEY SOUR , the first in a new and promising series by J.A. Konrath. And, speaking of series, Dick has completed his eighth Jack Reacher thriller by Lee Child-- THE ENEMY . Dick has started recording for new publishers and particularly enjoyed the work he did on Pocket University's 9/11 COMMISSION REPORT.

December 2003:   Dick recorded several popular titles this year-- A FINE DARK LINE by Joe Lansdale, THE PERSUADER by Lee Child, LIFE SENTENCE by David Ellis, and--bringing a little leavening to the thriller fare--Dave Barry's BOOGERS ARE MY BEAT . A highlight for Dick outside the audiobook realm was winning the 2003 Michigan Playwriting Award for his play, Gus and Angie. Dick has also recently completed a musical "review," Boomers. Librarian fans will have a chance to see Dick at the Public Library Association February conference program, Seattle Supper Social.

December 2002:   During the past year, Dick has taken special pleasure in recording Dave Barry's hilarious TRICKY BUSINESS as well as WITHOUT FAIL , Lee Childs's latest Jack Reacher thriller. One of Dick's favorite projects was the two-voice recording of Stuart Woods's BLOOD ORCHID, done with Susie Breck, his favorite actress and wife of more than 20 years.

December 2001:   Dick has recorded his usual wide range of titles this year, from the National Book Award-winner WAITING by Ha Jin to P.J. O'Rouke's CEO OF THE SOFA. Many listeners know Dick for his skills with the tense suspense of authors Lee Child ( ECHO BURNING , RUNNING BLIND ), P.T. Deutermann ( HUNTING SEASON ) and John Case ( THE SYNDROME ). He has the uncanny ability to keep listeners on edge even while following plots and subplots and then makes the most of surprising conclusions. Dick's comic timing is also something we've appreciated more this year in his third title by Dave Barry, DAVE BARRY IS NOT TAKING THIS SITTING DOWN , and his first encounter with P.J. O'Rourke. Outside audiobooks, Dick received a grant through the Boarshead Theatre to create LIVING WITH DYING, which deals with the experience of terminally ill patients.