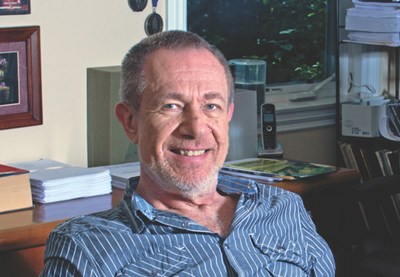 "I want the listener to be engaged on every level." 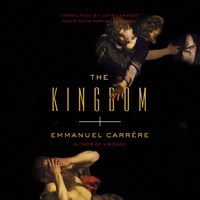 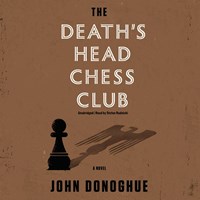 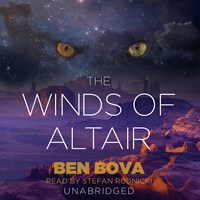 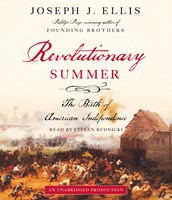 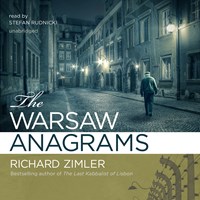 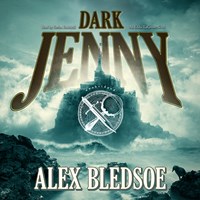 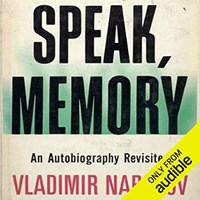 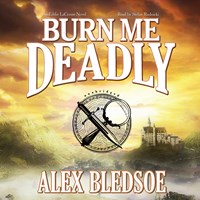 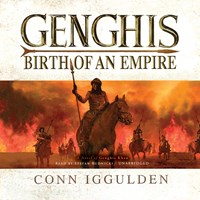 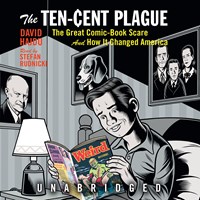 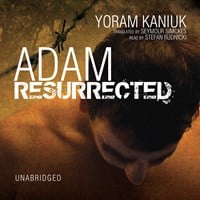 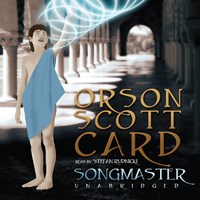 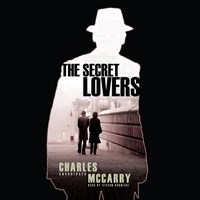 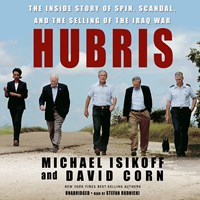 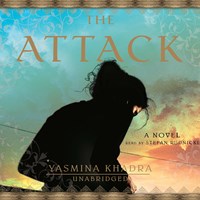 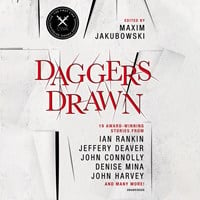 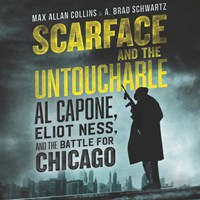 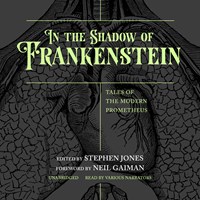 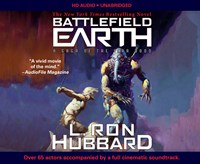 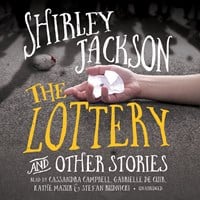 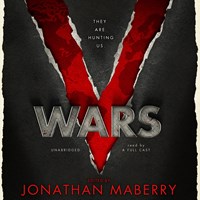 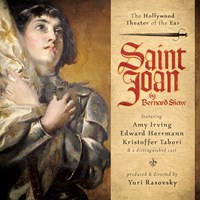 "I love recording audiobooks. I didn't know that I would."

When one's passion and profession is storytelling, imagine the wonderful stories one can tell. Stefan Rudnicki is one of the best audiobook narrators around. And it seems that each part of his career has in fact prepared him to be just that.

Rudnicki has narrated more than 300 audiobooks. His career path has taken him to many locations and provided him with varied opportunities--all of which he brings to his current position as an award-winning audiobook narrator, producer, and director. He was born in Krakow, Poland, and has lived in Stockholm, Montreal, New York City, and Los Angeles. He was educated principally at Columbia University and the Yale School of Drama, and has taught at New York University and Dartmouth College, among others. He notes that his work as an educator informs his preparations as an audiobook performer.

Being a skilled actor doesn't hurt either. He has been in 80 stage productions on both coasts and abroad--Yale Repertory Theatre, Circle in the Square, Knightsbridge Theatre, the Edinburgh International Festival, and more--as well as more than a dozen movies.

Are audio performers actors, narrators, or storytellers? Rudnicki considers himself a storyteller first. "All three of these things must be happening, but the storytelling comes first. It's simply a matter of creating a rapport with the story and with the author and, ideally, a rapport with your audience--with your listener. Then comes the acting part, and--whether it's fiction or nonfiction, whether there are multiple characters or a first-person protagonist--there's a performance-acting element that comes into play when you have to turn an author's words into something that has lasting performance value. I treasure that."

He particularly likes the immediacy of recording audiobooks. "I enjoy the fact that I can do a book, send it off, and it's out there fairly soon. Then you're moving on to the next book. You're into another kind of material, a different author, a different genre, a different performance level, and that to me is exciting-- to keep shifting and learning."

Does Rudnicki have a favorite audiobook among the hundreds he has recorded? "I have a few of them--almost by genre. Over the last two to three years, I've been getting assignments and authors whose books are more challenging. I'm getting trickier assignments that casting producers know I can figure out. Currently, the Acts of Caine series by Matthew Stover is one of my favorites, and I've recorded four of them for Audible. They're a genuine hybrid between fantasy and science fiction."

He notes that these books are written by a talented writer who, at times, uses a difficult made-up language. "I've been able to find my pace and flow through it. These books, with their philosophical excursions and diversions, entertain me so much while I'm recording them. I'm incredibly proud of the work I've done with them."

Rudnicki has worked on hundreds of audiobooks in his various roles as producer, director, and narrator. His deep, rich baritone is among the most recognizable voices in audio today, and his ability to speak Polish, Russian, or any number of Eastern European dialects and accents makes him especially valuable to audiobook producers. He has received numerous awards, including a Grammy (Best Children's Album, 1999--THE CHILDREN'S SHAKESPEARE), a Bram Stoker Award, a Ray Bradbury Award, many Audie Awards, and numerous Earphones Awards from AudioFile. Recently, he was nominated for another Grammy as producer of Through the Looking Glass, narrated by Harlan Ellison.

What is predictable is that he will remain a fascinating storyteller.

"I want the listener to be engaged on every level--emotionally, intellectually, viscerally, and spiritually. That would be ideal for me."--Martie Ramm Engle

2008:  We celebrate Stefan Rudnicki for his audiobook narrations, but his impressive career in audiobooks includes multiple roles and a massive scope of work. From his first association with audiobooks, when he helped a friend abridge a book in 1994, he has been involved in more than a thousand audiobooks as narrator, writer, producer, or director. Born in Poland, Stefan later lived in Stockholm, Canada, and New York City, where he worked in theater, in film, and in academia. Now he concentrates his talents on audiobooks or audiobook-related work through his Skyboat Road Company in Los Angeles. When we spoke to Stefan, he was about to begin work on his latest endeavor, "The Delivery," a film homage to audiobooks that promotes reading and literacy and stars audiobook narrators and authors such as Scott Brick, Michael York, and Orson Scott Card.

From the beginning, Stefan found the multitasking role he could play in audiobooks a satisfying fit. "Audiobooks combined all the things I enjoyed doing in my life," he says. Stefan's productions with Dove Audio in the 1990s earned two Grammy Awards and a raft of Audies for titles featuring Hollywood luminaries. Later, as he took on more narrating, his narrations began to pick up Audies and Earphones Awards as well. His performance of HUBRIS by Michael Isikoff and David Corn garnered both awards this year. Stefan's long-time association with science fiction author Orson Scott Card led to the hugely successful multi-reader productions of ENDER'S GAME , SPEAKER FOR THE DEAD , and CRYSTAL CITY and Stefan's recent single-voice performance of SONGMASTER . Working for Blackstone Audio and Audible.com, Stefan has made a specialty of producing and narrating in multiple-reader productions, including science fiction titles, Harlequin romances, and Susie Bright's erotica serials.

Stefan recognizes that actors new to audio may be challenged to find ways to develop their skills. "Short stories are a great training ground," he says. Stefan is working with the Audio Publishers Association for the APAC Narrators Track in May 2008.

Stefan's gravelly voice is distinctive, yet he's able to deliver a surprising variety and range. He talks about using a "concave performance" in audiobooks. "You have to draw people in, to bring listeners to you and allow an intimacy to develop." Producer and collaborator Yuri Rasovsky notes, "There's a lot to like about Stefan--his fine vocal instrument, his technique, his professionalism. But what I admire most about him, both as a producer and narrator, is his impeccable taste." Yuri adds that since "his ancestry is Polish, my nickname for him is Fred. I regard him as the Frédéric Chopin of audiobooks."

Sci-fi fans should know the work of Stefan Rudnicki, multi-talented director, producer, writer, and narrator. Born in Poland, Stefan moved to Canada as a young boy, and his fascination with science fiction began when he was seven years old. His close relationships with leading sci-fi authors Ben Bova, Ursula LeGuin, Harlan Ellison, Robert Silverberg, and Orson Scott Card have given him a unique chance to produce a compendium of contemporary sci-fi audiobooks. Card's THE CRYSTAL CITY , a multi-cast recording, is celebrated in this issue, and ENDER'S GAME and SPEAKER FOR THE DEAD were also Earphones Award winners. LOST BOYS , also by Card, is a 2005 Audie Award Finalist, and it's the first time Stefan has been nominated for a single voice recording. His Audie track record is impressive though—11 of his productions are Audie winners. Stefan worked on the audio productions of hundreds of audiobooks in his various roles for Dove Audio, Audio Literature, Audio Renaissance, Blackstone Audiobooks, and others. His rich baritone is among the most recognizable voices in audio today. Upcoming for Stefan, a military science fiction series, the Prince McClintock books by John Ringo and David Webber.