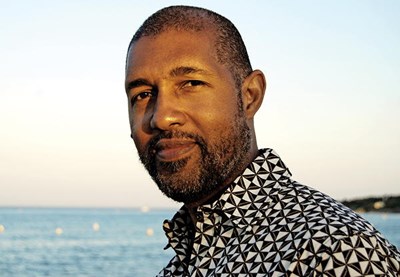 Sample from MILES: The Autobiography by Miles Davis & Quincy Troupe

"Relying just on audio is freeing. You're only limited by the bounds of the imagination." 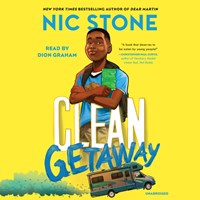 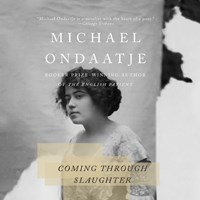 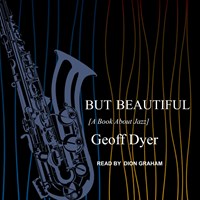 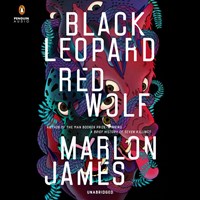 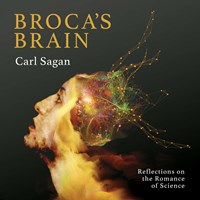 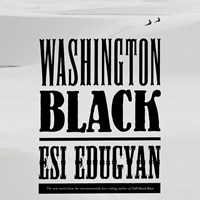 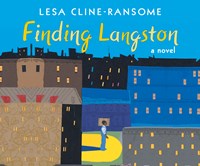 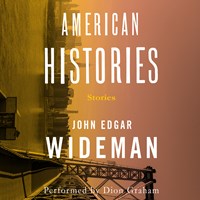 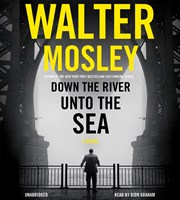 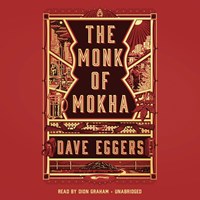 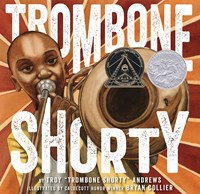 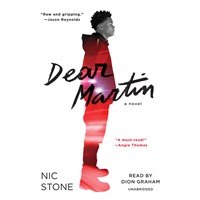 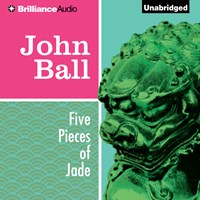 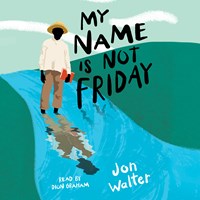 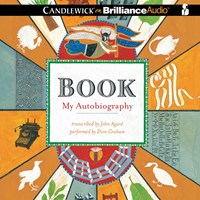 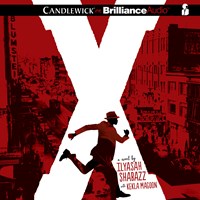 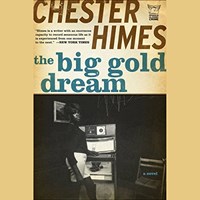 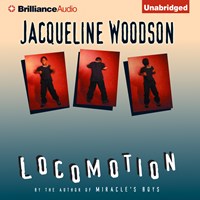 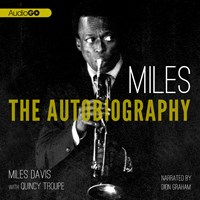 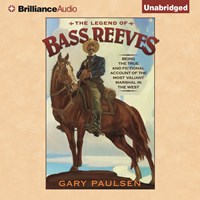 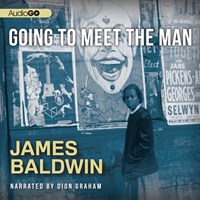 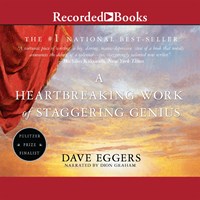 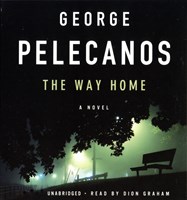 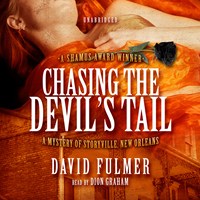 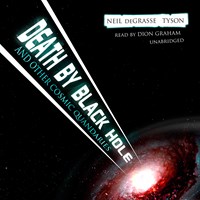 H.O.R.S.E. wins the prestigious ODYSSEY award!   The 2015 Odyssey Award given by the American Library Association for best audiobook produced for children and/or young adults, available in English in the United States goes to Christopher Myers's audiobook, H.O.R.S.E. narrated (and directed) by Dion Graham.  H.O.R.S.E. is published by Live Oak Media .   Congratulations, Dion and to Debra & Arnie Cardillo at  Live Oak!

Celebrated narrator and actor Dion Graham has just been named an AudioFile Golden Voice and Booklist's "Voice of Choice," and this comes as no surprise: He's known in the audio world for his outstanding performances and uniform excellence across genres. Whether interpreting biography or memoir, educating and entertaining younger listeners, or bringing to life what he calls his African-themed works, Graham's range and talent as a narrator have netted him consistently superlative praise, including four Audie Awards, scores of AudioFile Earphones Awards, and numerous other "Best of" accolades.

Listening to an audio-sampler of Graham's work is mesmerizing: One moment he's channeling the savvy, streetwise recollections of Shaquille O'Neal (Jackie MacMullan's SHAQ UNCUT); the next he's an elderly musician musing on his career (Miles Davis and Quincy Troupe's MILES: THE AUTOBIOGRAPHY). He's methodically unlocking the mind-boggling insights of an astrophysicist (Neil deGrasse Tyson's DEATH BY BLACK HOLE) or explaining the complex history of the Ku Klux Klan (Susan Campbell Bartoletti's THEY CALLED THEMSELVES THE K.K.K.). He's mystery writer Walter Mosely's laid-back detective, Easy Rawlins, then a threatening monster in Dave Eggers's WILD THINGS. Is he an empath? A chameleon?

It's natural to ask what signs in his youth pointed toward the successful career as actor and narrator he enjoys today. He considers the question for a while before revealing that the roots of his career can be traced to the local library.

"I've always had a deep, deep love of reading," he explains. "I've escaped into many different worlds." He happily remembers long summers when he and his best friend would get up early. "Before we did anything else--pickup football or baseball--we'd walk the mile or so that it was up to the library. We'd be there, waiting, when it opened." He recalls the thrill of perusing the latest releases for young people. "I've loved books my entire life."

Graham, who's probably best known for his role as Attorney Rupert Bond on HBO's "The Wire," says, "I was blessed with success as an actor for a number of years before getting into narrating." In London, while doing a Tennessee Williams play, he met a narrator who introduced him to "this great world of audiobooks." Since his first recording (Sheneska Jackson's CAUGHT UP IN THE RAPTURE) Graham estimates he's recorded more than 130 titles representing an astonishing diversity in subject matter, genre, and audience.

For Graham, narration is a medium that fits under the creative umbrella of acting. "As an artist, you have to tune yourself to the medium you're working in. If you're working in film or TV, you make the adjustment to the camera as you'd adjust when working in theater. In a way, relying just on audio is freeing and expansive. You can go anywhere. You're only limited by the bounds of the imagination." As with acting, Graham approaches narration by looking for a way to connect to characters. "Human experience is human experience. I open to it." Unlike those who have certain quirky warm-up rituals, Graham does nothing strange--"no jumping jacks or birdcalls. Nothing quirkier than swimming around in the pool of the book!"

For all the complexity of the roles Graham takes on, his approach is remarkably straightforward. "I tend to read the book--not more than once. I like to keep it fresh. If you're engaged with it, it's having an effect on your imagination. I really try to respond to the author's work and channel the story and the characters. I just try to be open to the author's writing--authors are different, stories are different. There may be things I don't know--an accent, dialect, or experience--something to find out about if I'm not familiar with it. But then I just immerse myself in the world of the book and let it feed my imagination."

So in the end, it all comes back to reading? "Yes. I try to be open. And it's not like I'm trying very hard. I just dive in. I take the ride." And he takes a lot of happy listeners along for the ride with him.--Jessie C. Grearson

Whether he's narrating a celebrated novel about a young man's coming-of-age during the Civil Rights movement (Kekla Magoon's THE ROCK AND THE RIVER) or an illuminating history of the Ku Klux Klan (Susan Campbell Bartoletti's THEY CALLED THEMSELVES THE K.K.K.), Dion Graham's rich voice makes young adult audiobooks glow with life. Graham has also narrated some stellar adult fare, including several works by Dave Eggers (we called his performance of A HEARTBREAKING WORK OF STAGGERING GENIUS a tour de force, "transforming the words on a page into a vibrant experience"), but we hope he'll save a place in his repertoire for more audiobooks for teen listeners.

“Falling into a story” has always been important to Dion Graham, and he’s particularly pleased be able to tell the stories he reads for audiobooks. Dion spoke to us between rehearsals for the Off-Broadway production “A Hard Heart” and filming for “The Wire,” one of the TV serials where he often gets a slot. “I like to be open to hearing the author’s voice, and I try to respond and channel what I hear.” Recently he took listeners into the story of Dave Eggers’s WHAT IS THE WHAT . The novel, based on actual experiences of Sudanese refugee Valentino Achak Deng, was drawn from long conversations with Valentino. Dion also worked closely with Valentino, initially to assure pronunciation, but through the association, he had the unusual opportunity to learn even more than Eggers had committed to the page. “I always try to not just bring the characters to life but to communicate the whole story.” Dion takes a special interest in African dialects and has had occasion to use some Xhosa, the tonal “click” dialect. WHAT IS THE WHAT demonstrates this understanding and allowed him to expand his repertoire and was recently celebrated among the Best Audiobooks of 2007. He was invited to read from the book when Eggers was celebrated at the PEN World Voices event in April 2006.

In many of Dion’s audios, his African-American voices reflect a character’s age or class or a point in history with careful clarity and believability. Dion has particularly enjoyed giving voice to David Fulmer’s Creole detective with a Sicilian heritage, Valentin St. Cyr, from CHASING THE DEVIL’S TAIL and RAMPART STREET. “Those New Orleans dialects are a rich gumbo!” says Dion. The audiobook of RAMPART STREET won the 2007 Ben Franklin Award. Dion has recorded more than 20 titles for Recorded Books’ Griot Audio, including BOMBINGHAM , WEST OF REHOBOTH , and STANDING AT THE SCRATCH LINE . In Pete Dexter’s TRAIN and Caryl Phillips’s DANCING IN THE DARK , Dion’s voices capture both culture and history and keep listeners connected to the books’ characters, whether they inhabit the 1950s Civil Rights era, South Africa, or the world of vaudeville at the turn of the last century. “When I get into other people’s skin, as the character,” Dion notes, “it’s a good way to connect across different experiences.”

Several ensemble narrations grace Dion’s audiography, including Earphones winner I GOT SOMEBODY IN STAUNTON by William Henry Lewis. In nonfiction Dion is equally attuned to involving the listener, as he does with DEATH BY BLACK HOLE: AND OTHER COSMIC QUANDARIES by astronomer Neil DeGrasse Tyson and David Mendell’s OBAMA: FROM PROMISE TO POWER . Listeners should look for his recording of Solon Timothy Woodward’s novel CADILLAC ORPHEUS . While the narrator can only respond to what’s on the page, Dion Graham believes that “the greater responsibility, and greater opportunity” is bringing out the author’s ideas and intent. --2007 Narrator Yearbook